We started the year with a ‘Hands On’ evening, albeit virtually!  There was a wide variety of subjects on show from a beautifully crafted chess set and board through to a mushroom box, a yacht and a guitar.  And of course – lots of Gonks.  To see it for yourself, head over to the members only page and watch the video.

Keith showed us how ot make a basic vase shape and then cut a slit down one side. After decorating it with iridescent paints he then inserted a lace with eyelets – as shown below. 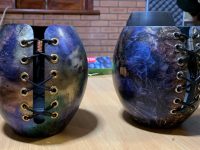 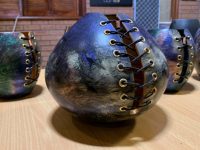 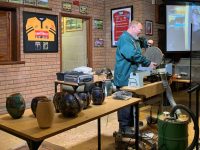 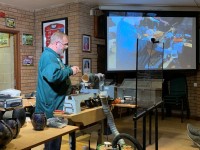 Mary showed us how to make a square pierced bowl, as she’d demonstrated for the AWGB at their seminar a few months ago. 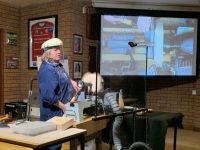 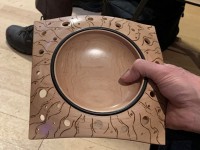 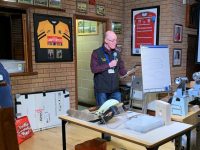 Tony came down from Worcestershire to show us how to make his signature thin walled ‘vortex’ bowl.

Martin gave us a demonstration of a contemporary ring box on the Wednesday evening. This was followed by a whole day masterclass on the turning of a Fibonacci series bowl together with colouring, texturing and finishing. 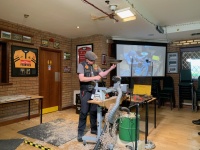 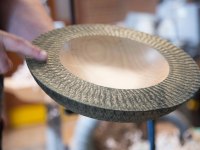 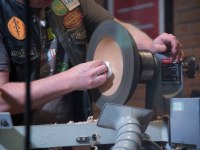 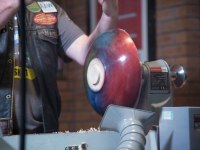 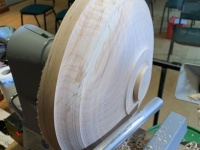 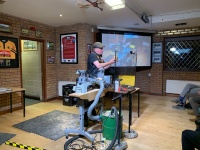 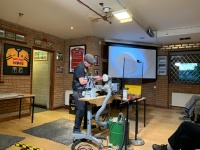